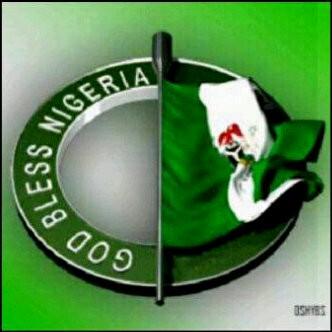 For many weeks last year, one of the first things I did when I got to work on Mondays was play a particular track from Beautiful Nubia’s Fere album – ohun oju nri (what the eyes see). The opening lines of the track say:
“Ohun oju nri enu o ma ni le so o;
Ohun oju ri omo o ma ni le so bo de’le o.”
The translation is: “the mouth won’t be able to say what the eyes see; the child will not be able to relay what he sees when he gets home.”

I listened to the track on Monday mornings because I got to work very early on Mondays in order to avoid Lagos traffic. And I listened to the song as a way of consoling myself. Getting to work earlier on Mondays meant I woke up earlier than other days of the week. Working in Lagos is a hustle. And when I hear the song, I do not think about myself alone, I think about many others involved in this hustle, people who can’t narrate the “ordeals” they go through at work when they get home. What’s the use of telling your family how hard you’ve worked when you have no commensurate success to show for it?

Work life in Lagos, nay Nigeria is hectic. That is not the real problem, it is that many have very little to show for it. That is what my people call getting ant-pay for elephant-work. It is disheartening. Working conditions are so poor and employees are treated badly. Work life in Nigeria is often one of master-servant relationship and not the employer-employee relationship it should be. People go through hell to survive. I was moved when I read about the factory worker whose boss abused her to the point of losing her pregnancy , the sad thing is, stories like that are common and yet our governments turn a blind eye to them.

I respect my parents more today than I did when they provided for my needs. My love for my parents soared when I began working. People go through a lot in the name of employment. There’s a wild gulf between labour and reward in our land and that’s one of the hallmark of a nation on self-destruct. This week, a friend wrote about Singapore, particularly about Lee Kuan Yew, the founding father of modern Singapore. What Yew did to transform Singapore from a third world country to a first world country was that he ensured that the right political and economic structure was in place, and that no one got nothing he didn’t work for. We really need that in Nigeria.

Not too long ago, President Goodluck Jonathan came under fire for the statement he made in a move to debunk the World Bank statistics that Nigeria is one of the five poorest countries in the world. While addressing workers at the May Day rally held at the Eagle Square, Abuja, the President said “If you talk about ownership of private jets, Nigeria will be among the first 10 countries, yet they are saying that Nigeria is among the five poorest countries.” You know how annoying the jet story can be. You’re trying to justify the wealth of the nation because an infinitesimal few own jets in a land where many can’t afford brand new cars. That got the ire out of people and they went for the President’s ‘jugulars.’ However, I think the president was right when he said “the challenge of the country is not poverty, but redistribution of wealth.”

One thing you can’t take away from Nigerians is that we are a bunch of hard workers. But it seems that the government has set up machineries against those who work, making it almost impossible for them to benefit from their labours. We often celebrate mediocrity in Nigeria and any society where merit is sacrificed for mediocrity, there’s bound to be hatred.

Many of the crimes we are fighting today are results of promoting mediocrity and denying hard workers the benefits of their labours. This week, we will be celebrating 15 years of our return to democratic rule, my request from the government is that they adapt what Lee Kuan Yew did in Singapore. That our leaders ensure that the right political and economic structure is in place, and that no one gets nothing he doesn’t work for. That people get the reward of hard work. With that, I believe that our nation will rise again.

18 thoughts on “AS WE CELEBRATE 15 YEARS OF DEMOCRACY”