The last time I wrote an article on politics was in 2011. What changed? Many things. However, I’m not the author of today’s post. It was written by a colleague-turned friend, a great guy I met in the work place, Opeyemi Tegbe. I hope it makes you think of our beloved country as much as it made me do. 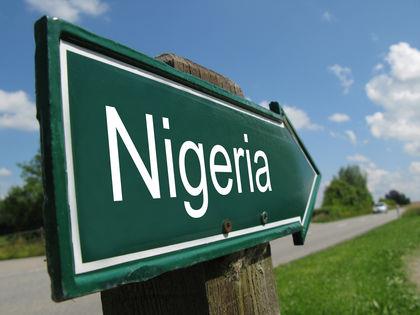 As simple as it may sound, most problems faced by humanity can be avoided by taking preventive measures. I will not forget in a hurry a statement credited to Kevin Rudd (Australian Prime Minister) following the earthquake explosion which claimed many lives without accurate record in Sydney, Kevin said out of bitterness, “…it is so unfortunate that we also battle with what we cannot control.” Back home, each time I analyse Nigeria’s situation, with a philosophical mindset, I come up with more questions than answers. The most striking of all the questions – do we have what it takes to avoid our problems? I think we do. In our own case, we battle what we can control/avoid.

Several Political eras have emerged over the years in Nigeria with different policies and governing style but you and I know that we never got better with each administration. Unfortunately, each administration goes in different directions and thus there is no continuity and congruence in the policies implemented by each administration. We were colonized by the British people and during that period, there were national agenda strictly guiding our mode of governance. These agenda were put in place to ensure that policy implementation will be geared towards achieving the same objective as a nation. Where are these agenda today? Is there any cohesion between state and federal government policies?

Over the past 53 years, credible elections in Nigeria have been impossible to achieve. Our elections have been characterized by massive rigging and fraud which have resulted in protests and contest in public places and courts respectively. There is one  fact well known to all Nigerians – all these people performing criminal acts during election are not from any other country apart from Nigeria. Whether we like it or not, the difference between the developed and underdeveloped nations is the core values of the citizens, the orientation that drives their course of actions and the level of integrity.

The most annoying thing about Nigeria is the celebration of failure. I remember when I was a kid, if my father beat me up for any wrong act; all I did was to pray for the presence of my grand parents, especially my paternal grandfather.  This is because he would pet me and subsequently look into my father’s face and say, “when you discipline a child using the right hand, please use the left hand to pet him.” As a result, I felt more ‘comfortable’ offending my father (even though I knew he frowned at my mistakes) whenever my grandfather was around.

Irrespective of pardons, do we frown at failure in Nigeria? Of recent,  all our past presidents were celebrated and decorated for their contributions to national development in Nigeria and I ask myself, where is the development? Are we celebrating fictitious/imaginary development? Aren’t we just living in a state of self deceit? If you celebrate failure, expect more of it; but if you learn from your mistakes and implement corrective measures, then expect improvement subsequently. This statement applies not only to the Nigerian situation but also to our personal lives.

Allow me to say something about terrorism in Nigeria before I conclude. You and I know that terrorist sects in Nigeria are a product of accommodated and continuous failure in our nation’s governance. Yoruba people will say, “a lizard can only have the opportunity to penetrate into the wall of a house if the walls are cracked.” This means that the lizard as an animal has no power to crack the wall. So the question is who cracked the wall? Were the walls well built in the first place? Well, the aim of this write up is not to apportion blame; rather I am here to tell us that we (Nigerians) are the source and promoters of our problems and we can also be the redeemer of our situation depending on whatever we deem fit for our nation.

One thought on “STATE OF OUR NATION: WHAT WE COULD HAVE AVOIDED”