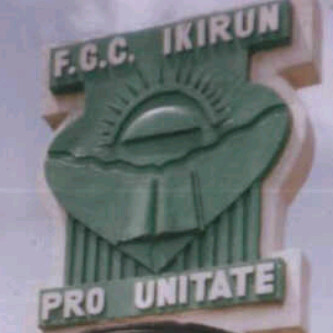 One would have thought that we have had enough for one day, considering what we had already gone through, but not yet. We still had the whole Sunday ahead of us. After our toilet chores what was paramount in our minds was on how to have our bath so we could freshen up. So, we wanted to know where to get water.

Some, the early birds among us, had made enquiries the day before; some others who had a certain privilege, the privilege of having an older sibling, had been shown around the school. The rest of us who take things slowly and didn’t have that privilege would just be introduced to the school’s source of water – the stream.

Having an older sibling in Ikirun was a luxury, bigger if s/he was in the first set, it meant you were untouchable. If you were a boy, it was good if you had an elder brother, and an elder sister if you were a girl. However, the equation could still be balanced if what you had as a boy was a sister but one who had male friends, or vice versa. Still, if you didn’t have that natural advantage, it could be created if you had a school father or school mother. Yours sincerely didn’t have the natural advantage of having an older sibling and every means to create the advantage artificially was frustrated. I ran far from those who wanted to be my school fathers. I have always had this “funny” sense of independence.

Usually, if one wanted to fetch water at the stream, you went with your pail and keg. As new students, we still had our sparkling Hoesch aluminium pail and one of those brightly coloured 10-litres keg. I’m not sure if I set out with my pail and keg on that first trip. Experience would have to teach me that. The reason for carrying a pail and a keg was because the stream was far from the hostels, it was a walk of about twenty minutes from where my hostel was. I really can’t tell why it was referred to as “stream” because what I met when I resumed in the school was a well. However, one could see signs that the well was probably sited on a spot where a stream once was. If you consider the fact that the stream was the only place that serviced the school’s population of about two thousand it would be easier for you to understand the difficulties we encountered with water. Fetching water at the stream was a war.

Having emerged victorious at the war for water, I had my bath and was eager for breakfast. The time for breakfast came and it was another disappointment when I realised that it was porridge. We didn’t eat porridge back at home and I wasn’t ready to learn to eat a new staple. As a matter of fact I still haven’t learnt how to eat porridge. The day didn’t want to show any good sign.

Its better to wrap this day up and move to a better day. If nothing else, that day’s lunch was good news. Our lunch in Ikirun on Sundays was a delicacy, it was jollof rice and egg. Oh, what a meal! No one who passed through Ikirun can forget “jollof rice and egg” stories.

5 thoughts on “MORE FROM MY FIRST SUNDAY IN IKIRUN”