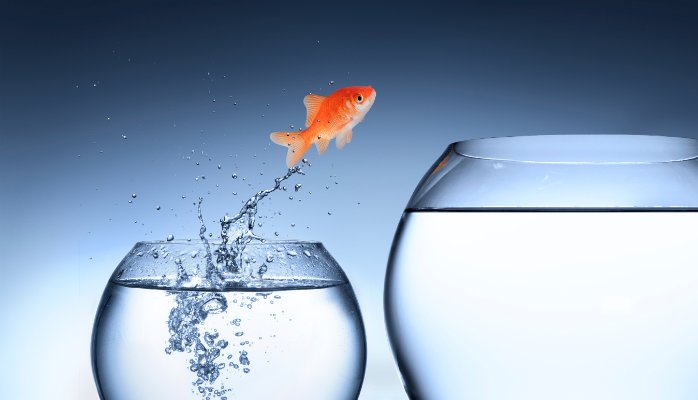 “Every nation and people that operate at the ‘ordinary’ plane are always subservient to those who go beyond the ‘ordinary.”
– ‘Seun Alade

At the start of the year, I was fortunate to read a piece by Strive Masiyiwa, founder and chairman of Econet Wireless, reported to be Zimbabwe’s richest man. The piece titled ‘The eagle in a storm – changing our wealth creation model’ really got me thinking.

In starting, Masiyiwa writes of his native Zimbabwe, “Ever since I started school, my teachers taught me that our country was ‘rich’ because we had many minerals, and we’d recite the list of minerals.” As a Nigerian, I could well relate with that. A topic in our Social Studies curriculum back then was ‘states and mineral resources,’ where we were taught the different minerals that can be found in the respective states of the federation. Every state in Nigeria is blessed with one mineral resource or the other. There is no doubt about it Nigeria is naturally endowed, yet she still grapples with poverty on a very large scale.

Masiyiwa continues, “Let me return to the wealth of our nations: I left university in the early 1980’s. In those days, it was not China that was rising into an economic giant, it was Japan! It was rising and overtaking every European country, until Japan was second only to America… It was so spectacular! I first met a Japanese person when I was in my twenties and already working, yet I read every single book I could find about their prowess. ‘Tell me about the minerals of your country?’ I asked my Japanese friend. ‘We have no minerals to talk of,’ he said emphatically and proudly. ‘What do you mean you have no minerals?”

This discussion, Masiyiwa wrote, made him discover it was possible for a nation to be ‘rich’ without minerals! As a Nigerian, I can testify that a nation can be poor despite an abundance of minerals and raw materials. The Japanese concluded by saying, “Our wealth creation model as a nation is not based on raw materials and minerals.” You can read the complete piece here.

Nigeria is witnessing economic downturn at the moment and this is due largely to the fact that the price of crude oil in the international oil market has gone south. Many believe the country is in this mess because she operates a mono-economy dependent on petro-dollars, and therefore advise that she diversifies. By diversification, they mean the country should harness the potentials in her other mineral resources and not just depend on the export of crude oil but expand to export more raw materials.

In my humble opinion, this may help in the short term but it won’t solve the problem. As long as we don’t think beyond selling our minerals cheaply only to later buy them as high-value products at exorbitant prices determined by those who initially bought them cheaply from us, our country will not get out of the vicious cycle of poverty!

Let’s digress a bit. In 2006, I attended a seminar at the Obafemi Awolowo University, Ile Ife and one of the speakers, Fela Durotoye made a profound statement that changed my view about wealth creation. He stated that if the world comes to an agreement where the entire money in circulation is evenly redistributed, that is, equally shared in such a way that every individual in the world is given same amount of money, some sort of giving everyone a level playing ground to start with. In just about 5 (five) years, there would have been a shake up and realignment with more money back in the hands of people like Bill Gates, Warren Buffet, the Google guys etc and less funds in the hands of majority of Africans. The only reason why there would be a difference would be if we have a changed orientation from what we have now – if we get our wealth creation model sorted. As at today, Nigeria, nay Africa, is fixated on mineral resources and raw materials.

As Sam Adeyemi says, we need to realise that wealth always flows towards those who create value. And in creating value, we must look beyond things in their naturally-occurring state, which for the sake of our discourse I will refer to as being in the ‘ordinary’ state. There is virtually nothing that gives its optimum value at the ‘ordinary’ state, consider crude oil and gold as examples, they must go through a process of refining to bring out their best and obtain optimum value from them. As a nation, there is no real value created if all we do is simply mine resources and sell off.

This unholy romance with the ‘ordinary’ doesn’t stop with mineral resources, it extends to human resources. We hammer more on talents than grooming, training and capacity building. We forget John Maxwell’s saying that talent is never enough. Talent occurs at the crude stage, it needs to be worked on.

The reason why we don’t have several topnotch footballers and world-acclaimed writers is not because there is a dearth of talents, no! Rather it is because we don’t have the requisite ‘refineries’ to transform our raw talents. If we had proper football academies and a thriving home league, we would have raised players in the ilk of Lionel Messi and Christiano Ronaldo because we have a vast array of football talents here. If our schools – the refinery for the mind – are fully functional and operational we would have our home grown Chimamanda Adichie, Sefi Atta and Teju Cole.

The government rather than looking to diversify into exporting more mineral resources should ensure that we are able to refine our own mineral resources, make use of them and then export the rest. We need functional refineries, not just for crude oil, but for other resources – minerals and human alike. We should encourage the setting up of sports academies, film academies, restore the glory of our universities so we can once again boast of researchers and writers like Wole Soyinka. We need to stop operating on that crude, raw and ordinary plane, it is only then that we can in all sense of truth call Nigeria the giant of Africa and also take our rightful place in the comity of nations.

3 thoughts on “WHAT WE NEED ARE FUNCTIONAL REFINERIES”